The inspiration came from their sister Margaret. She saw the letters “AC/DC” on a label on a sewing machine. The letters are abbreviations for the terms “alternating current/direct current” and what could be more appropriate for such an electrifying hard rock band?

For Those About To Rock…AC/DC’s Logo Salutes You

The band was formed in 1973 in Sydney, Australia by brothers Malcolm and Angus Young. It was early in the band’s life when the Young brothers tried to come up with a name that would capture the raw energy and power-driven performances of the group.

The inspiration came from their sister Margaret. She saw the letters “AC/DC” on a label on a sewing machine. The letters are abbreviations for the terms “alternating current/direct current” and what could be more appropriate for such an electrifying hard rock band?

The AC/DC logo didn’t come about until 1976. A 25-year old Los Angeles graphic artist by the name of Gerard Huerta was commissioned to create one that was going to be included in the album artwork for the “High Voltage” LP.

Atlantic Records creative director Bob Defrin has been credited with the design but his contribution was the layout and creative look of the cover art. Defrin hired Huerta to come up with a logo for the AC/DC band name.

“Typically (Defrin) would hire me, as most record art directors did, to produce multiple sketch ideas and then one was chosen for a final.”

“I produced (the logo) as finished full-colour artwork, a combination of India-inked outline, colour overlay film and airbrushed gouache.”

He completed the logo on April 25, 1977, and still has the original purchase order and invoice for the job. He did not say what he made for the project. Huerta has also designed logos for rock bands Foreigner and Boston as well as for Time magazine and Pepsi.

The AC/DC logo itself is anything but a dirty deed done dirt cheap.

Huerta did a fair amount of research and patterned the font style to that of the first printed book, the Gutenberg Bible. He chose to not give the letters any spacing between them to create more of a brand than four letters and a lightning bolt – which he used to separate the AC from the DC.

Then he redesigned each letter removing the rounded bits and created the curves of the letter ‘C’ and ‘D’ with straight lines. It was the one design logo he has ever created with letters that are made entirely of straight lines.

You would think that since the highly-recognisable AC/DC logo appears on just about anything you can imagine – thanks to brilliant endorsement deals – that Huerta would be raking in some rather high voltage royalties himself. Well, he’s not. His job was to just create the logo.

He has been quoted as saying he feels a sense of satisfaction knowing he contributed something to the AC/DC image. A successful brand image is much greater than the logo itself. Exposure adds to the success of the band brand and as long as they keep releasing records and touring, it will continue to solidify the AC/DC image.

Let there be rock! 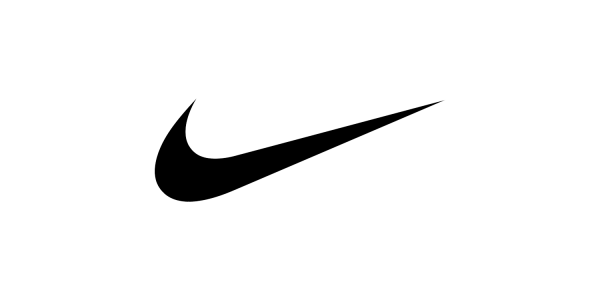 I love this story. It is basically about a graphic design student who created one of the most iconic logos in the world. However, that was not how it was initially conceived. The story revolves around two main people, the student and an assistant professor who had both met at Portland State University in 1969.