A Rebrand To Reignite Brilliance

Following a botched takeover bid, a huge financial loss, a team that’s playing well below what they’re capable of, and the absence of a big star, AC Milan is in a bad way. The 120 year old club that’s won Italy’s Serie A 18 times and amassed a heap of prestigious trophies, needs some luck. It needs to recover its former prominence.

Step in DixonBaxi – the London-based Creative Agency who’ve been tasked with bringing AC Milan back to life with an aspirational new rebrand. When Juventus rebranded back in 2017 it claimed the ethos of the new look was to create a brand that ‘goes beyond football’. Coincidentally, Aporva Baxi, co-founder of DixonBaxi used the exact same words to describe their new visual identity. Juve more than justified their claim – their logo design change couldn’t have been more dramatic. Almost to the extent that it could be a completely different club. Such an distinctive rebrand was sure to divide opinion, especially amongst supporters. And it did. But whatever your view, there’s no denying it achieved some brilliant PR. So has AC Milan played it a bit too safe?

The badge remains the same oval shape. The colour palette hasn’t changed (but then why would it). Even the graphical elements within the badge – the black and red vertical stripes alongside the red cross on white background) are more or less identical. To the layman the changes are definitely bettered – mainly through different stroke thicknesses – but very subtly. Yet it is being called a ‘bold’ rebrand – so who am I to argue. Perhaps the most significant difference between the new visual identity and the previous is what it now stands for. AC Milan’s official website states that ‘The club worked with DixonBaxi to develop a new brand language and a manifesto looking at the club values to really encapsulate the spirit of the club. This is rationalised into one line: Sempre Milan, evoking the values and reinforcing the Italian heritage.’

Instead of a dramatic badge rebrand, DixonBaxi have used the new subtly altered emblem to tell a story. To tell many stories in fact – the iconic badge represents a symbol of unity, ‘a beating heart that connects millions’, fans and non-fans alike. It plays on the fact that throughout the centuries both players and fans would kiss their beloved club badge in times of scoring, winning and through sheer pride.

The art direction across all media platforms from posters to websites to TV commercials and even around the San Siro stadium – positive, evocative statements echo the oval shape of the badge. Statements that are unique to the brand while surrounding players in action; recounting notable dates in the club’s history and even showing more lifestyle shots which are relatable and unpretentious. While Juventus’s visual identity upgrade was dramatic and modern, AC Milan have opted for a more classic look but with contemporary messaging. And it works – AC Milan’s journey back to greatness has been reignited. 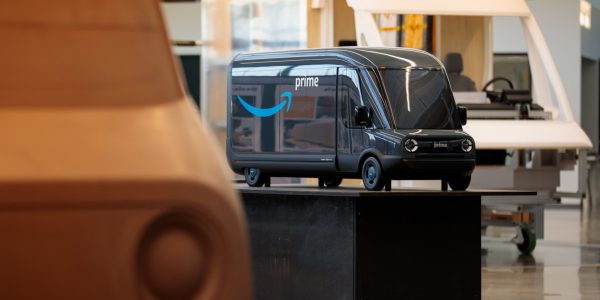