Dracula BBC Billboards Are Big, Bad and Creepy The television series “Dracula” pushes the envelope from Bram Stoker’s gothic novel. As a result, it also inspired the marketing team at BBC Creative to step out of the box and take a stab at developing a…

The television series “Dracula” pushes the envelope from Bram Stoker’s gothic novel. As a result, it also inspired the marketing team at BBC Creative to step out of the box and take a stab at developing a new way to promote the program.

What they came up with were two billboards – one erected in London, the other in Birmingham – that are well, powerful, effective and frightening. Under the light of day, the billboards look like a normal promotion for BBC’s Dracula with a small twist. They contain several stakes stabbing the surface – with many of them bleeding.

The true genius of the work of BBC Creative is revealed during the evening. With the assistance of a side-mounted light, which is aimed at the stakes, a shadow emerges. It isn’t hard to identify the shadow as a profile of the head of the blood-thirsty villain the television series is named for.

You have to see it to believe it.

Oh, and to add a little more impact, below each billboard sits a box. It is labelled “break in case of vampires” and contains a sharpened wooden stake ready for random stabbing.

BBC Creative head, Olly Harnett says the unique campaign “is one of the most ambitious special builds we’ve ever undertaken.” He said the program deserved a fresh, new and dynamic treatment to draw attention to it.

By staking their reputation on taking a bite out of a traditional advertising medium, BBC Creative has become a billboard game changer. Expect some imitators to follow in the shadows.

If you enjoyed this post about the Dracula BBC Billboard, then I’ve got even more great stuff for you. Be sure to join my free email newsletter to get instant email notifications of not only new posts, but brand new offers, and other goodies.

It’s an iconic tagline for sure. Whenever someone utters the words “Taste The Rainbow” you should instantly think of these round little, colourful and chewy candies.

In Iceland, Nature Is Stronger Than You

The project was taken care of by Design Group Italia with interiors requiring a collaborative effort with Basalt Architects of Iceland. 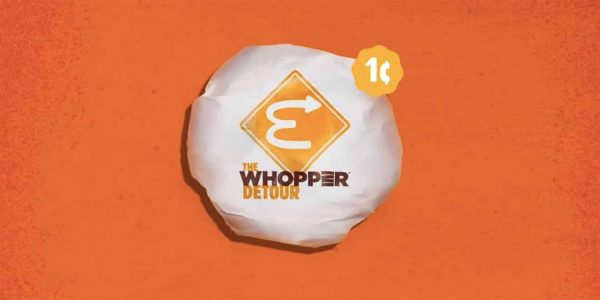 Competition is good for business, right? Well, the ongoing burger feud has been taken to the next level thanks to new technology. Here’s the deal, you download the Burger King app onto your smartphone. Then you go to your nearest McDonald’s and order a Whopper for a penny.