He’s found nearly everywhere in Italian homes and restaurants. “L’omino con i baffi,” — the Little Man with the moustache — a character created half a century ago, now a recognisable resident of kitchens and countertops the world over.

Some brand logos wisely dispense with the abstract and opt for a more literal depiction of their history, narrative, and character. This geometric cartoon, juxtaposing a nonchalant facial expression with a wired, skyward-pointing finger, has proven to be one of the landmark strokes of genius from a company already steeped in ingenuity.

By the time Little Man showed up in 1958, being easily seen on TV and stamped on the sides every Bialetti coffeemaker, the Bialetti name was already a prized commodity. Decades earlier, The Moka Express debuted from Alfonso Bialetti’s experimental aluminium workshop and ignited a flurry of coffee-making across Italy. The eight-sided, Art Deco kitchen appliance ideally diffused heat and, for the first time, allowed Italian families to create a delicious and legitimate espresso — in minutes — from the comfort of their own kitchens.

This was the beginning of a Bialetti breakthrough that couldn’t go untapped. If Alfonso was a curious, tinkering artist; his son Renato was the family businessman. The Bialetti Group was thusly birthed and expanded over the coming years with Renato’s ambition and acumen, and the father-son pair introduced a variety of high-quality kitchen products while anchoring their distinction as the preeminent manufacturer of Italian coffee pots.

The Little Man With The Mustache 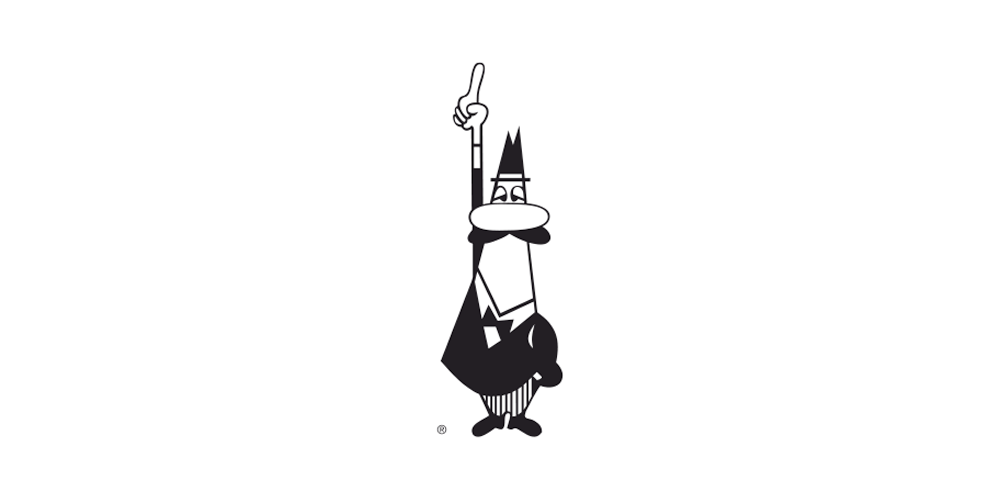 Enter the Little Man with the moustache. Business-savvy Renato suddenly found himself meticulously caricatured as the ironic face of his own brand; a comic, irrepressible mascot now to be reproduced indefinitely.

The character was the brainchild of artist Paul Campani, and rendered to relay the company’s quirky, deceptively ecstatic dynamic. The exhilarated vertical arm and finger can only be read as a charged, visual jolt of caffeine. That or the visceral impulse to order another beverage.

Beginning with memorable appearances on the popular Italian television program Carosello, the moustache-friendly coffee icon gradually wormed its way into pop culture and cemented Bialetti as a brand for the ages.

Gruppo Bialetti Industrie now celebrates more than 80 years of the Bialetti Moka. Since the early 1950s, Bialetti has manufactured over 200 million of these groundbreaking coffee makers and is almost single-handedly responsibly for establishing homemade coffee as a ritual pleasure and daily staple of Italian life.

Their products, of course, have evolved to match advancements in technology, and constantly strive for peak innovation and functional beauty. From appliances, to pots and pans, to everything espresso-related, Bialetti is an indelible label, with a logo more timeless and distinct than any other kitchen brand.

Little wonder that, in 2003, when Brevetti Bialetti was absorbed by the parent company, Bialetti Holding, Little Man also made the jump. The large umbrella company distributes a number of other high-quality brands like Rondine, Girmi, Aeternum, and CEM. Nonetheless, and unsurprisingly, there’s something about that Little Man with the moustache that always keeps Bialetti itself at the very forefront.