So what’s so great about the Eames Lounge Chair? Why does it deserve so much praise and adoration? Why does it remain in the upper echelons of zillions of pieces of furniture out there.

Over 50 Years Ago The World’s Coolest Chair Was Born.

When I’m given a blog post to write, no matter how well I know the subject matter, my first port of call is always my erudite friend Google. Scratch that. Blog post or not, I Google everything if it raises my curiosity. Doesn’t everyone these days? That’s not to say I always agree with the world’s No1 search engine. Often it gets it wrong – like, why on earth did the Eames Lounge Chair not make the top ten of the most iconic pieces of furniture ever made? Admittedly, most sites list it as one of the best, but not all. And ALL should. Excuse the pun, but the Eames Lounge Chair (designed 1956) was the benchmark for all stylish, high-end chairs that would follow it. 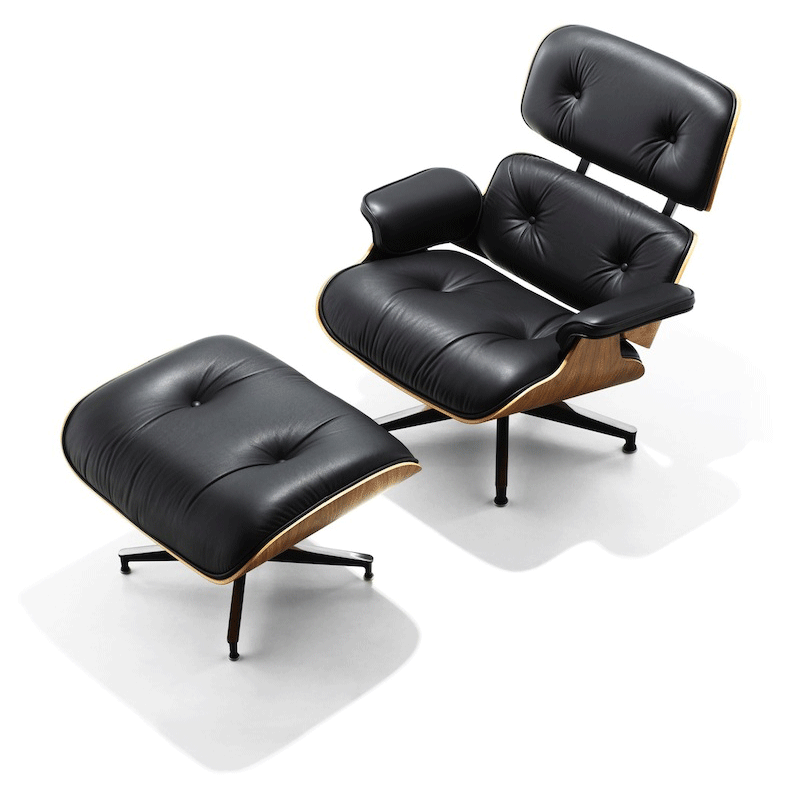 Like I said, some furniture-icon-websites never even mentioned the unmistakable Eames. But then, over the years there’s been some very, very tough competition. For instance, the Wassily Chair (1929) by Marcel Breuer (you could grab yourself one for around three grand); or from the same year, the Barcelona Chair (again, ridiculously expensive, and cool), which was designed by Mies van der Rohe and Lilly Reich.

If you (OK, perhaps I’m being subjective here) were to ask me, not just what is the most iconic chair of all time, but also the most iconic piece of furniture of all time I’d unquestionably say the Eames Lounge Chair. Maybe not the ‘Lounge Chair’ bit but definitely the ‘Eames’. But then, having been to art school, I know a fair bit about design – so you’d be forgiven for saying something completely different if you weren’t creatively inclined (I honestly don’t mean that in a conceited way).

So what’s so great about the Eames Lounge Chair? Why does it deserve so much praise and adoration? Why does it remain in the upper echelons of zillions of pieces of furniture out there. After all, it is only a chair (albeit a chair that could easily set you back thousands). Well, for one, it stands the test of time. In the fifties (when it was created by married couple, and designers, Charles and Bernice ‘Ray’ Eames) it exuded cool, contemporary design. A must for any high-end home. 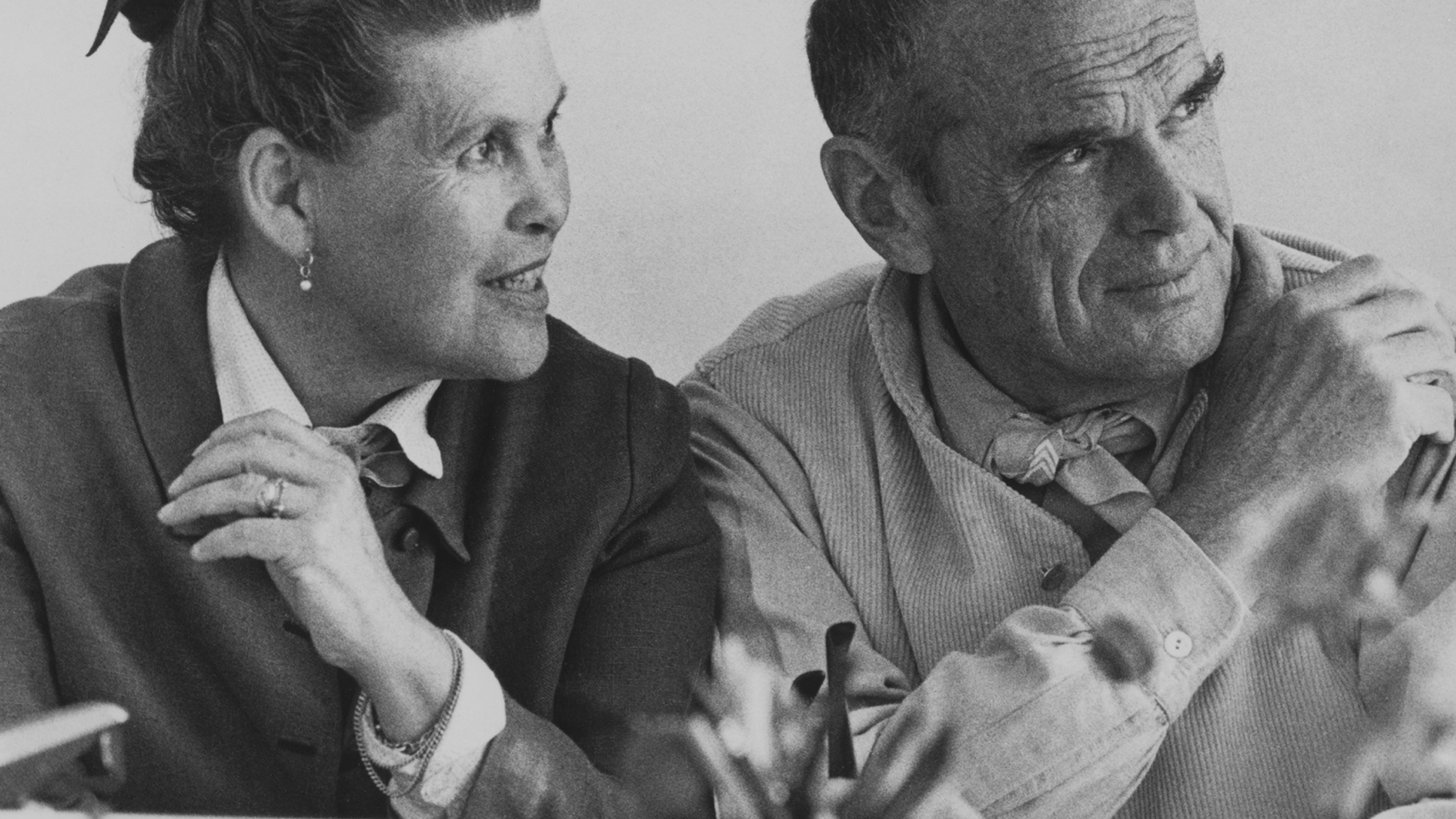 And it was just as revered in the sixties. And again in the seventies, eighties, nineties. If anything the Eames Lounge Chair becomes more sought after as time goes on. Now, in 2020, this beautifully simple yet super-stylish and comfortable chair made from moulded plywood and leather is in more demand than ever before.

It just looks so damn awesome – especially when paired with its equally sleek ottoman footrest. Also, the chair’s smooth curves were unprecedented in furniture design at the time. 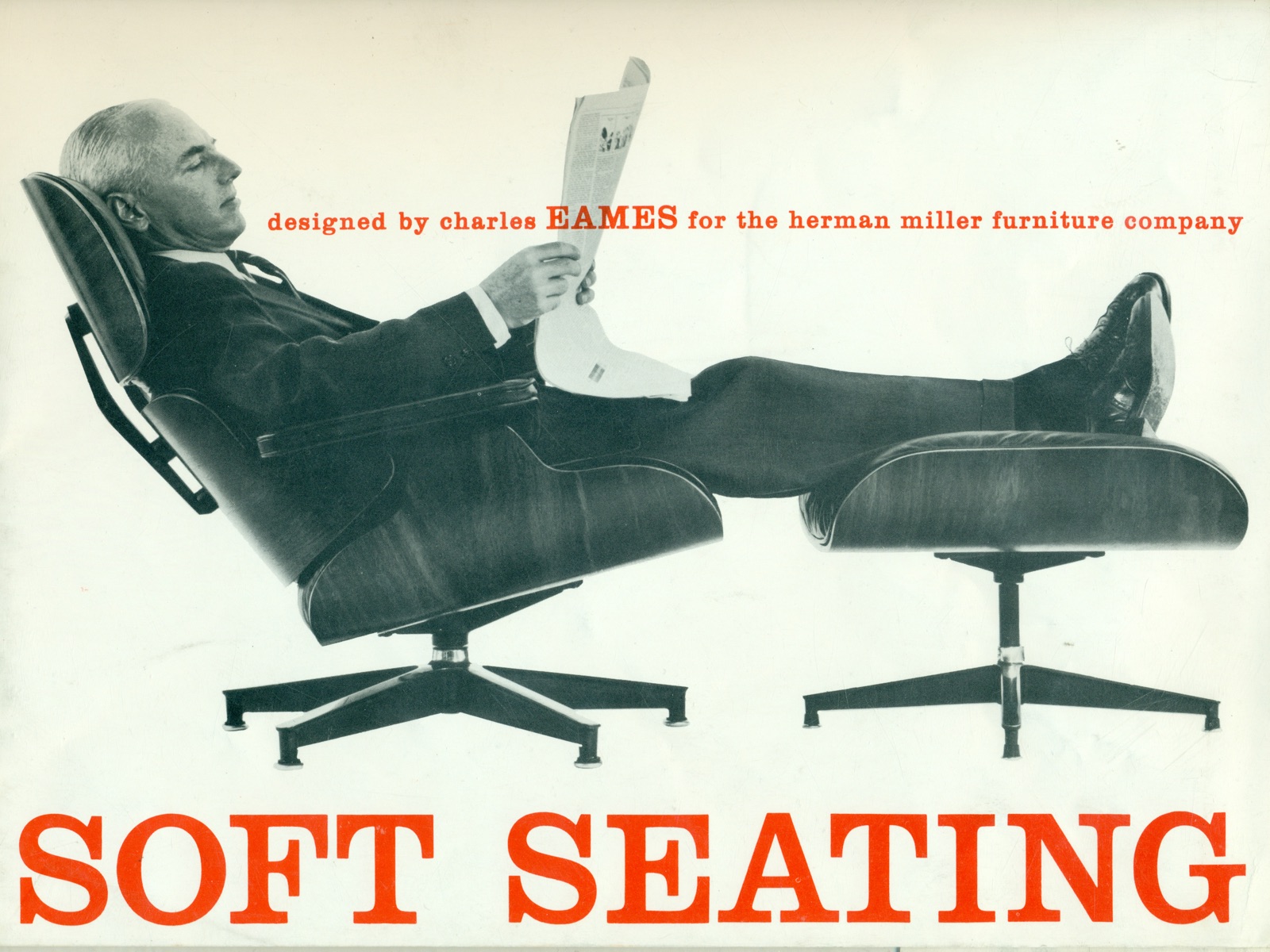 And the inspiration behind it? Charles Eames wanted to produce a chair for his director friend Billy Wilder. Something comfortable and ergonomically apt for when he worked on his film sets:

‘He was insistent on building a chair with “the warm receptive look of a well-used first baseman’s mitt,” one that would provide respite from the “strains of modern living.”

Some say it exemplifies 1950’s America. That may be true, but it’s so much more than that – perhaps that’s why the original still takes pride of place in New York’s MoMA (The Museum of Modern Art).

BK looks flatter, bolder and older than ever before. Yum. Burger King’s gone flat out with its new logo. The irony being that the new brandmark wouldn’t have looked out of place when the multi-national fast food chain first opened its doors way back in…

Wood Type Letterpress Is Back. No Joke.