Google Logo Evolution If in doubt, Google it. The world without Google would be like a world without water. Google is the planet’s search engine. Its omnipotent and godlike presence among its competition is one more of admiration than envy. At least I hope that’s…

If in doubt, Google it.

Google is the planet’s search engine. Its omnipotent and godlike presence among its competition is one more of admiration than envy. At least I hope that’s the case. Possibly not though. No other search engine comes close to overtaking it in the marketplace. Founded in September 1998 by Larry Page and Sergey Brin while they were PHD students at Standford University in California, they’d also found their fortune.

Today, we take Google for granted. It’s an institution, a household name, something that (most) of us have grown up with. The majority of people in the world not only use, but rely exclusively on Google as their SI. Ironically I’ve seen people on Yahoo’s search engine, like my dad, and he’ll still say he’s ‘googling’ something.

ANYTHING you need to know can be found on Google. For instance, it’s helping me to research this post. How many search engines did you know there are in current operation around the globe? I only know of BING, Yahoo, AOL and Lycos – yet I deem these as horrible pieces of malware that should be burnt at the stake personally.

There are more search engines today than you can imagine. Over 140 in fact. However, you won’t be surprised to know that Google ranks first in the world and I’ll briefly mention the next 11 – putting it into context how domineering Google really is.

To Google or not to Google.

While researching this piece I came across this article online. It talks about how search engines are a part of our daily life and that Google is the dominant Global player. No surprises there then. However, what came as a huge shock to me was that Google is not as omnipotent as I thought.

This is from the article in question, “Recently we did a piece of work for a client looking to reach into the Russian market, they’d spoken to other firms who all shared about what they’d do on Google and how such experts they are. This completely missed the point as Google are not the dominant search engine in Russia, Yandex is.”

Trust Russia to be different.

Yandex. Who?  Russia makes up 2% of the world’s population (aside from being the world’s largest country and covering the world’s most landmass) – on top of this, do other Eastern Bloc countries use Yandex, or something similar? I know this article is about the evolution of the Google – but this is important (at least I think so), I’m simply setting the stage.

Before I talk about the Google logo and those that lead up to the current iteration, I’d like to enlighten you with those 11 other search engine wannabes, again, with my own original input I’m using the results that ‘Inspire Digital Agency advertised in 2016’. Starting with the most widely used and trusted down the lesser-so.

The following is taken from an ‘inspire.scot’ blog post. Thanks guys. The top 12 Search Engines in descending order (or ascending order if you’re Russian):

How on earth did this get on the list, at No.2 no less? To me, personally, Bing is malware; sorry Bing and your bizarrely devoted bunch of followers. Launched in 2009 Bing is Microsoft’s answer to Google. Bing, seriously, why? As of June 2020, Bing’s share of the market was 2.75% (Source: Search Engine Market Share)

Personally I’d have them in second place. But I’d never really use them unless I had to: ie at the local council-run library, where these Malware deviants are nearly always installed.  OK, I’m being biased, but avoid if possible. My dad uses it but only because he doesn’t have Google installed. And he couldn’t care less. As of June 2020, Yahoo’s share of the market was just 1.75%

So old school, I must admit I used them in the late 90s.

Ditto with the above.

Not really. Who are you?

Could swear that was an old clothing company.

Never heard of it. Supposedly the Russians have though.

Ah good old Lycos. Again I used this to some extent when starting out. But not now. Never even realised they were a search engine.

Never heard of them. Probably a good thing they went bust. I mean that logo is a definite NahNah. And like many of these search engine identities their logo is godawful – in several cases it hasn’t been updated in years. Google got to where they are today, partly due to an evolution of brand marks that kept getting better and better. As does a clean and easy to navigate platform, enticing font, and superfast answers to your questions. Wrap it all up and you’ve perfect package. At least, Google did.

One designer takes on the world’s No.1

All it took was one lucky designer to be in the right place at the right time to show the Goggle identity a little TLC. That designer was Ruth Kedar.

“We ended up with the primary colors, but instead of having the pattern go in order, we put a secondary color on the L, which brought back the idea that Google doesn’t follow the rules.”

The Google logo is uncluttered and unfussy, making it utterly unforgettable. The primary colours of red, yellow and blue plus a secondary colour, green is all Ruth wanted in her palette (perhaps the addition of green suggests Google likes to mix things up a bit, they’re not as straight-laced as the logo may additionally be viewed). This palette of colours would never be mixed – Google is purely and simply the best search engine out there.

There are several iterations of the logo. We won’t talk about any in particular as they are all worth there own merit. Even the first render which ran for a year is not to be mocked – it may look like a flat Google pancake, but the best art, design and writing doesn’t occur overnight. It needs to be kneaded and nurtured.

Yes we could pick holes like why on earth the exclamation mark (that’s just downright ugly), or the rounded letters or the dropshadows. Come on Google, it may have been a sign of the times – so we’ll let you off – but those were undeniably offensive.

And that was just the start.

Many more Goggle derivatives came and went depending on what ‘special day of the year it was. Not just in America, but all over the world. Google was for everyone. Special days with relevant, specially created renders, included a spooky styling for Halloween, an Oktoberfest emblem for Germany’s favourite beer festival, Queen’s Day in the Netherlands… Whenever there was a special day, wherever in the world that was – it was probably Googled.  A personal favourite was the coloured pencils, sharpener and coloured wood shavings – I think it was for some kind of doodle day. Anyway, that’s the one I always remember and thought – wow, that’s clever.

Campaignability comes easy with these six simple letters. The current Google logo has been used since 2015. And it’s beautiful. The way the letters come together, the new g (that previous one was awful), the sans serif typeface, the innocence, the perfectly balanced word (which wasn’t a real word believe it or not all you millennials, yet everyone knows it now). It’s become commonplace, like a table, bathtime, summer holiday or computer.

You’ll even be able to Google this blog post. Now that’s cool. 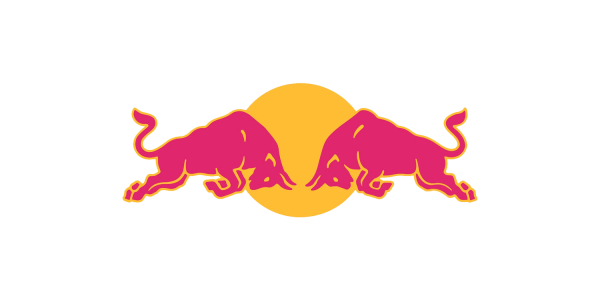