Such a lovely place, such a lovely place. Not. Rarely does an album cover become more famous than the band itself. But this could be said about The Eagles’ 1976 album Hotel California. Their fifth studio album was not just their best-selling, but one of…

Rarely does an album cover become more famous than the band itself. But this could be said about The Eagles’ 1976 album Hotel California. Their fifth studio album was not just their best-selling, but one of the world’s best-selling records of all time. That’s not to say The Eagle’s weren’t one of the most revered rock bands ever. If you’re an Eagles fan you’ll easily reel off the four albums that preceded Hotel California – or at least a couple of them. But if you’re not, try and name just one. That’s my point.

Formed in Los Angeles in 1971, The Eagles amassed five number-one singles, six number-one albums, six Grammy Awards and five American Music Awards. They were one of the most successful bands of the 70s. And Hotel California sold over 40 million copies around the globe. So perhaps I’m wrong about the said cover being more famous than the band themselves?

Yet when I think ‘Eagles’, the first thing that springs to mind is either the song ‘Hotel California’ or that sleeve that features palm trees, a white domed hotel and a yellow sunset sky. Oh, and the tubular blue neon ‘Hotel California’ text in the bottom corner.

Anyway, let’s revisit 1976 and one of the most iconic sleeves ever created. Don Henley -founder, vocalist and drummer of the band – wanted the image “to convey an atmosphere of faded glory, loss of innocence and decadence.” – Antimusic.com

Henley wanted an image that best reflected the song’s meaning, which he summed up as a “song about the dark underbelly of the American dream and about excess in America, which is something we knew about.” Henley called it “our interpretation of the high life in Los Angeles… I guess you could say it’s a song about loss of innocence.”

With this in mind, the fading sun, blue neon logo (which, funnily enough became as iconic as the sleeve itself), and gloomy hotel make the photograph feel appropriately seedy. And Henley had British art director Kosh (who worked on The Beatles ‘Abbey Road’ cover in 1969) together with photographer David Alexander to thank for bringing this sordid atmosphere to life.

‘In a 2007 interview with The Rock And Roll Report, Kosh recalled that “Don wanted me to find and portray the fictional Hotel California hostelry – a hotel which would exemplify a classic California hotel – and to portray it with a slightly sinister edge.”

The final shot was snapped on Sunset Boulevard from a cherry picker raised 60 feet above the ground. And it’s fair to say that the sleazy feel of the photo was enhanced by its shady lighting. The dulled-down lighting also features throughout the back cover and gatefold sleeve – intentionally in keeping with Henley’s mood for the album.

The album’s inner gatefold is especially significant. It shows the band and a number of their rock star and non-rock star friends. ‘The addition of extras in the one shot was inspired by Henley who “wanted a collection of people from all walks of life” in the photo. He added at the time his plan was to include “people on the on the edge, on the fringes of society.”

Hotel California was depicted as being far from glamorous. So much so that the actual hotel threatened legal action against the band. But just as well they didn’t – as ironically enough it went on to become one of the most celebrated hotels of all time. But would you check in to ‘Hotel California’ for the night when the final lyrics of the song go:

‘Relax’ said the night man,
‘We are programmed to receive.
You can check out any time you like,
But you can never leave!’

Inter Miami Bends It Like Beckham With A New Logo

The Inter Miami logo is an interesting mixture of colours and graphics. The primary colour is around the black background that contains two great white herons as the focal point in the centre.

Join The Swarm At McHive

There is no doubt that the average McDonald’s restaurant is filled with worker bees. However, in this miniature version of the iconic eatery you would be telling the truth. Of course, there would also be drone bees and a single queen bee. 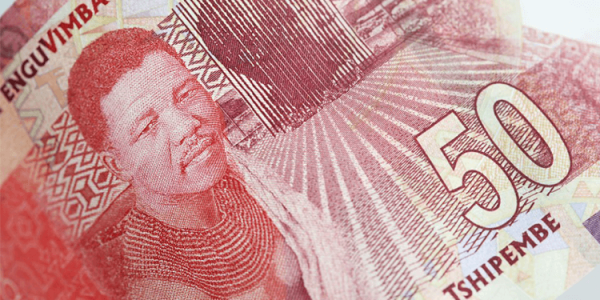 You’d be hard pressed to name a South African who has had a larger global impact than Nelson Mandela. So, it only makes sense that in order to mark the centenary of his birth that the country he was born in marked it with a celebration in money.