We all know Milton Glaser. Or at least, we are all familiar with his immensely iconic I Heart New York logo. Sketched on a scrap of paper in the back of a taxi in 1975, the instantly recognisable logo went on to front an advertising campaign that would (hopefully) promote New York’s troubled tourism industry. The 70s, particularly the mid-70s, was a tumultuous time for the city, where crime rates were soaring and the brink of bankruptcy loomed.

“Visitors to New York City in the summer of 1975 were greeted with a pamphlet that said ‘Welcome to Fear City’ on the cover and subtitled ‘A Survival Guide for Visitors to the City of New York’. It was said that about one million of them were printed.”

Something had to be done to revive America’s most dynamic and populous city. The Big Apple was fast becoming a bad apple and badly needed some positive press. So in 1977, the city hired advertising agency ‘Wells Rich Greene’, along with Graphic Design’s rising star, Milton Glaser, to come to up with some upbeat, optimistic messaging.

Of course, it was a tall, near impossible, task. But Milton Glaser had already made an infamous head start, albeit unintentionally, with a quick red crayoned I ♥ NY doodle in the back of that yellow cab in ’75 (it has been debated that the ubiquitous logo was created specifically for the campaign two years later but Glaser disputes this). Either way, this simple three letter, feelgood symbol appeared to work – it was partly responsible for getting New York back on the road to recovery. It boosted morale, added colour to the city’s crime-ridden, grey persona and helped salvage its failing economy.

I ♥ NY was the key element of one of the most successful ad campaigns of all time. “So successful, in fact, that the torn envelope bearing his original idea is now in the permanent collection of the Museum of Modern Art in New York”.

Milton Glaser believed the campaign would hang around for a couple of months at the most – yet we see variations of it even today. It remains one of the world’s most imitated logos and official merchandise with the original design generates more than $30 million a year. The events of the 9/11 terrorist attacks brought the logo back into the spotlight as a symbol of unity. And it was even rectified following the Manchester terrorist attacks where it was effectively rephrased I ♥ MCR. Unfortunately for Glaser, New York State wholly owned the copyright of the logo, so he no would never profit from in any way.

Yet Milton Glaser is known for so much more than these humble yet incredibly powerful three letters and a heart. Here are some landmark dates for you:

Born in the Bronx, New York, on 26 June 1929, the now 90-year-old Glaser is one of the world’s most revered graphic designers. After studying under Italian artist Giorgio Morandi in Bologna in the early fifties, he went on to co-found the hugely influential ‘Push Pin Studios’ in 1954; he also co-founded and created the famous masthead for the ‘New York’ magazine in 1968. Then in 2004, he won a ‘National Design Award Lifetime Achievement’ and in 2009 was awarded the ‘National Medal of Arts’ (the first ever graphic designer to win this prestigious accolade) by President Barack Obama. So he’s a bit of a legend in the world of design, and well beyond.

Prior to the I ♥ NY logo, Glaser designed a poster that would (and still does) influence graphic designers and artists the world over. The 1966 poster (which came as an insert in the album sleeve) was created for Bob Dylan’s ‘Greatest Hits’ LP – inspired by a mix of Marcel Duchamp’s 1959 self-portrait silhouette and Art Nouveau, it depicts a vibrant, energetic, psychedelic side-on silhouette of the folk-rock icon. Aside from being a revolutionary piece of artwork that perfectly personified the flower-power era, it also brought Glaser even-greater exposure in the industry.

With this newfound notoriety Milton Glaser’s coveted career and great legacy really took off. Not only had he co-found the still active and ever-popular, ‘New York’ magazine, but he’d also started his own studio – ‘Milton Glaser, Inc.’. Established in 1974 in Manhattan, the acclaimed studio is still in operation today, producing everything from corporate identities to packaging to interior design (in 1976 he designed every single element of the Windows on the World restaurant in the World Trade Centre, as well as an observation deck and permanent exhibition).

And as we now all know, 1976 was the year that I ♥ NY was brought to life, with Glaser using a variation of the American Typewriter font. Milton recently told Creative Review that “No one could have had any idea how significant the logo would become, certainly not me”. Unsurprisingly, it remains a stalwart in Creative Review’s top 20 logos of all time. And the execution and ‘stacking’ of the logo clearly influenced the pop-artist, Robert Indiana’s steel ‘LOVE’ sculpture, which he made and installed in the Indianapolis Museum of art in 1970 (the piece continues to be replicated, and in different languages, in cities across the globe. And not only as a steel sculpture – it adorns t-shirts, posters, jewellery and even a 1973 US postage stamp).

The founder of three influential design companies; children’s book illustrator; DC Comics’ logo creator; art exhibitor in numerous museums; and current Chairman of the Board at New York’s infamous School of Visual Arts (where he’s taught for more than half a century) – Milton Glaser, one of the world’s greatest and most loved graphic designers, continues to inspire artists and designers everywhere.

Who would have believed that his career was influenced by a mere paper bag. “During his childhood, a cousin carrying a paper bag, asked Glaser if he wished to see a bird. The bird was not inside the bag, as he assumed, but drawn on the side with pencil. The young Milton, in his amazement, considered this as a miracle. He since then dedicated his life to moving others with art”.

Here’s to the legendary Milton Glaser, and that boy with the paper bag. 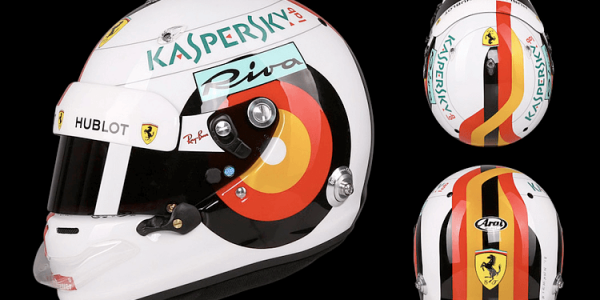