A watertight idea for one of the best album covers of all time. Nirvana will be predominantly remembered for two things. Kurt Cobain’s untimely suicide and their second studio album, Nevermind. But to many, particularly non-Nirvana fans, Nevermind will most likely be remembered for its…

A watertight idea for one of the best album covers of all time.

Nirvana will be predominantly remembered for two things. Kurt Cobain’s untimely suicide and their second studio album, Nevermind. But to many, particularly non-Nirvana fans, Nevermind will most likely be remembered for its album cover more than its music. For those of you who need reminding, it’s that cover with the naked baby boy swimming underwater, with a dollar bill dangling from a fishhook in front of him.

Nevermind brought the band unforeseen superstardom. It (debatably) crowned them as the godfathers of grunge. I say ‘debatably’ as grunge aficionados of the time would argue that the genre was around long before Nevermind, with bands such as Soundgarden, TAD, Mudhoney (formerly Green River) and The Screaming Trees – basically grunge emerged as a genre that was spawned by ‘Sub Pop’ (originally a Seattle-based record label that the aforementioned bands were signed to and later became a music genre in the mid 80s).

Subjectively, Nirvana’s debut album, the raw, unfinished, experimental sounding Bleach was more ‘grunge’ (to true hardcore grunge fans) than Nevermind. What Nevermind did do, however, was it made grunge mainstream. It popularised the movement. It brought it new followers, fame and fortune.

I deemed it necessary to give you that little bit of background before getting more in-depth (damn, another unintended pun, sorry) about one of the most memorable album covers ever created.

Kurt Cobain supposedly came up with the idea for the cover while watching a documentary on underwater childbirth. But Geffen Records, who the band were then signed to, felt the concept was in bad taste; they eventually agreed to the underwater baby but still weren’t convinced:

‘Geffen records wasn’t thrilled about a penis on the cover, even though it was a baby, and had prepared an alternate cover, Cobain made it clear that the only compromise he would accept was a sticker covering the penis that would say, “If you’re offended by this, you must be a closet paedophile.”’ 937theriver.iheart.com

The underwater shoot went ahead on a sunny day at the Rose Bowl Aquatics Centre in Pasadena, California, in 1991. And the shot was about to give photographer, Kirk Weddle, the most iconic pic of his career. In preparation for the shot a doll was used. As for the real baby boy in the infamous image:

‘Weddle’s close friend, artist and designer Rick Elden, remembers that day well because he had brought his 4-month-old son to the pool for Weddle to shoot.’ Edition.cnn.com

Rick and Spencer Elden were lucky, several babies were signed up for the shoot – but on that particular day, only Spencer was scheduled to be shot. Also, Rick Elden was a certified lifeguard who’d unintentionally prepared his son for the shoot – even at four months old, Spencer could swim, just. And that was a massive bonus as it took just seconds to get 18 frames, one which would capture a moment that would be eternalised in music history.

As for Spencer Elden, he was (or rather his parents were) paid just $200 for the shoot. But when he was ten, Rolling Stone magazine recreated the image with Spencer and paid considerably more than 200 bucks. And to this day he’s redone the shot many times. He’s now 28 and with the album selling over 10 million copies in the US and having gone five times platinum in the UK. Through Nevermind, Spencer has gained notoriety around the globe, albeit for a very unique reason – or as he puts it:
“Everyone out there in the world has already seen my penis.” Radiox.co.uk

If Spencer Elden was to conclude this article he’d probably agree that the price of fame can indeed be a funny thing.

If you did then be sure to join my free email newsletter to receive instant notification of new posts, exclusive offers and other goodies. Or you can buy me a metaphorical coffee, to fuel my writing!

It’s not easy packing up all your things and moving across town or to a new city. Not only is it a lot of work, but once you get everything into your new living space, where did you pack the kitchen utensils, and are you… 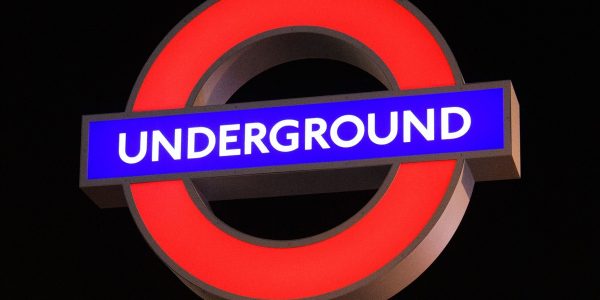