Primed For The World Spotlight

Design Studio Unlock worked with FIFA to create the new World Cup Qatar 2022 logo, which celebrates the 8 stadiums, as well as the traditional woollen shawls. 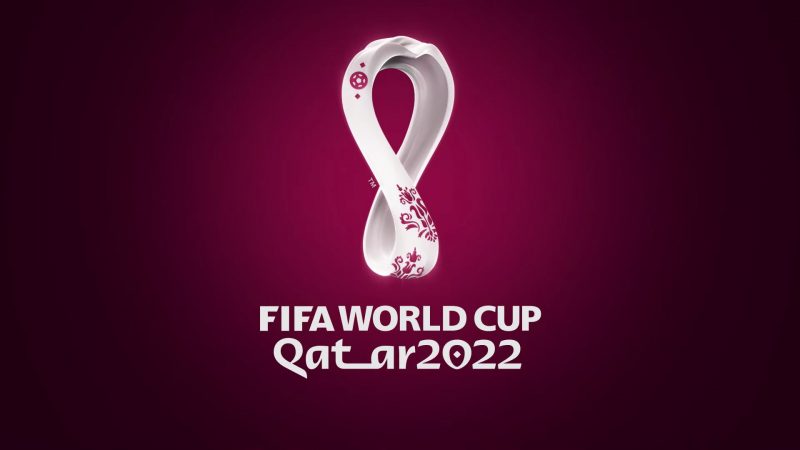 FIFA, the organization that serves as the worldwide governing board for international competitive football, though itself a non-profit, raises frequent controversy for its power to bestow a sudden and immense influx of money to whichever country hosts the World Cup.

Regardless of whether or not any backroom dealing played into selecting the host country for 2022, one thing is very clear: Qatar is proud and prepared to welcome all the teams with open arms. As the first Muslim-majority country to do so, they’ll accommodate 32 teams competing across 8 stadiums, with a fervent campaign to rev up excitement two years in advance. The first order of business? A decisive overhaul of the official FIFA World Cup logo.

Collaborating with Unlock, a Portuguese design studio committed to innovative insignias rendered in 3D, FIFA’s gone with a fluid and multi-dimensional “8” or infinity symbol that’s stylized with a distinctly Middle Eastern flavor and shaped to suggest curving sand dunes alongside traditional Arabic calligraphy.

While the design choices register only upon closer examination, fans have relied on a more comprehensive explanation from the official FIFA press release to grasp and appreciate them. The announcement describes how “the intricate embroidered detail that often adorns shawls in the Arab world is featured and takes inspiration from various cultures across Asia, celebrating the continent’s second hosting of a FIFA World Cup tournament and Qatar’s diverse population. The regionally inspired winter garment also alludes to the tournament’s start dates and the fact that it will be the first FIFA World Cup to be played in November and December.”

The Big Reveal (And Mixed Reviews)

Already a source pride for Qatari locals, the new logo was unveiled with almost nationalistic spirit via projection onto multiple beloved buildings within Doha. These buildings included the Burj Doha, Katara Cultural Village Amphitheatre, Ministry of Interior, plus Souq Waqif and Msheireb and Al Zubarah Fort.

The logo’s “8” shape serves as an iconic reminder of the number of stadiums that will house the matches — six of which are still under construction — and be eventually flooded with football fans from all across the globe.

Many people reacted to the logo with mixed reviews on social media, their enthusiasm watered-down by varied emotions. Most of the logo’s Arabic touchstones, like its visual reference to shawls and dunes, seem lost on a wider audience if the symbol even captures them to begin with.

Design connoisseurs and World Cup fans are largely struck by the emblem’s 3D aesthetic — a first for a FIFA logo which is usually rendered as a 2D image that echoes the shape of the World Cup Trophy. This particular choice feels a touch more modern and exuberant, as though befitting the style of video game graphics or a television sports network.

If the logo’s reception has been somewhere between warm, indifferent, and unfazed, its early rollout emphatically drums up excitement in Qatar itself and begins paving the way for one of the decade’s most anticipated sporting events which, really, only the Olympics rivals as a benchmark of international unity.

Looking for fresh content to liven up your website, shake up the SEO and pull traffic to your pages? we can help you with that! Contact Toni Marino today.

That famous knot-like flourish that debuted in 1963 and has now garnered enough fame to earn its own name — is the praised symbol of the International Wool Secretariat.