The Genesis of An Energy-Fueled Empire

The Red Bull brand openly seeks to populate its fold with artists, athletes, stunt doubles, speed junkies, the whole range of energy-fueled brand ambassadors who beckon consumers to embrace a charged life. But it’s not only a gimmick to rope in new consumers. The drink has its origins in a range of Eastern thrill-seekers, action-adventure addicts, and hard workers with a proclivity for stamina-testing and limit-pushing physical engagement.

Austrian owner Dietrich Mateschitz first encountered the formula for the energy drink in Thailand on a casual trip that would turn into a lucrative business venture. This bizarre store-bought drink he’d encountered was a novelty called Krating Daeng — the Thai phrase for Red Bull. Even in Thailand in its original form, its consumer base were a cult of eclectic action studs — farmers, construction workers, truck drivers, and kick boxers using it as a secret weapon to give them an edge.

Perhaps most striking were the bottles themselves, featuring symmetrical, 2-D silhouettes — slightly suggestive of hieroglyphics or woodblock print — of two furious red bulls charging each other in mid-leap against a yellow sun. 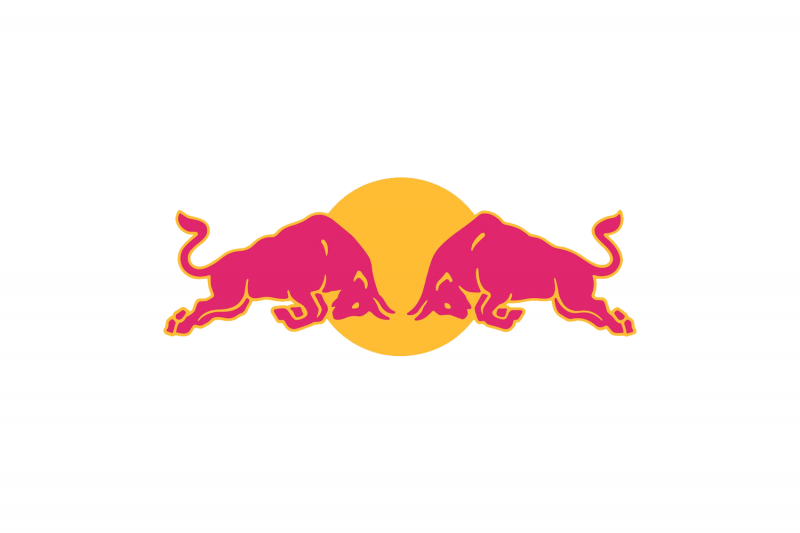 Once the high-concentrate sugar, caffeine and taurine knocked out Mateschitz’s jet lag, all he had left to do was repackage the drink and brand it for Western costumers.  But the question arose: Could he or should he alter or re-characterize it as another kind of something when he took it back to Austria? Should he retool the Red Bull logo and find something that would speak to a consumer base with different priorities and demands on their wallet? Would Europeans even understand its purpose and appeal?

This is where Mateschitz’s real marketing acumen came to the fore. Rather than remove the drink from its Thai roots and reconfigure the branding as some kind of theoretically more palatable European innovation, Mateschitz leaned into the Red Bull mythos and kept that imagery front and centre for the product’s identity. He saw the more he could play up the allure of the powerful and the exotic, the more powerful the product’s draw.

The bulls, though rearing for collision, also suggest a certain paradoxical equanimity in their perfectly symmetrical suspension. With no ground and only the sun-like circle behind them, they appear to hover in the air as though locked in an eternal and precisely balanced duality, each the identical mirror of the other. Is it a battle, or a portrait of poised amplitude?

While astute in his attempt not to fix what wasn’t broken, he also worked to popularize the drink among personalities of the same ilk as that of the drink’s devoted Thailand constituents. As the logo has spread to adorn jerseys and helmets and soapbox derbies the Red Bull connotation of toughness, stamina, and a buoyant energy surge has only strengthened.

Now arguably, more than Monster or other beverages within the energy drink space, Red Bull has earned its place as the classic and perennial product of choice, in no small part to the red, yellow, and blue of those bulls on that slim can.

Be Sure To Get on Board

I’ve got a free email newsletter that will give you first access to great logo design posts just like this Red Bull Logo post, as well as other exclusive information and offers. 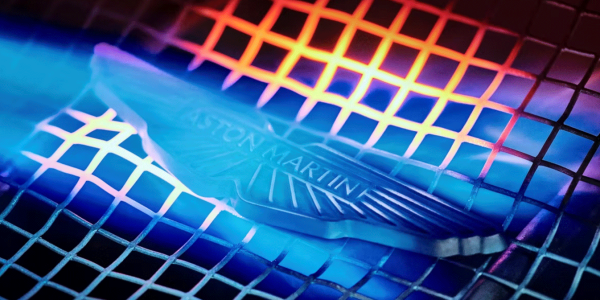 Aston Martin has updated its branding, adapting the 95-year-old wing logo with what Peter Saville describes as “subtle but necessary enhancements”. When you think of iconic automobile badges, many will undoubtably spring to mind. Such as Audi’s four interlinking circles; Volkswagen’s ‘V’ over ‘W’ circular…

Google Logo Evolution If in doubt, Google it. The world without Google would be like a world without water. Google is the planet’s search engine. Its omnipotent and godlike presence among its competition is one more of admiration than envy. At least I hope that’s…