The Sunny Rise of Light & Energy

Like the climbing sun it resembles, the shell logo casts a long light down the back corridor of fossil fuel commerce during the last eleven decades. The Shell logo emerges as a primary-coloured omnipresent icon out of the natural selection of its previous drafts and iterations — a well-documented backlog that filled an entire century.

It’s a global behemoth casting a long shadow from atop its moneyed perch in The Hague. But as a company, the corporation does strive for sunshine — a priority present from its earliest days. Shell characterizes itself as positive, warm, and human. Encouraging travel, exploration, innovation, and broadening horizons.

The company’s full name is Royal Dutch Shell plc, and it constitutes the second-largest energy company and the fifth largest anything company on the planet. If vertical integration were a tiered, physical edifice, they would tower into the stratosphere with floors labelled, “exploration and production,” “distribution and marketing,” “petrochemicals,” “refining,” and “trade.”

Appropriately enough, Shell began in the late 1800s putting light and energy into the world via its kerosene shipments to the Far East. Far from a climate-altering monolith, it was actually more akin to your grandma’s favourite tchotchke shop — the quaint little London antique store that sells curios, seashells, and trinkets to Victorian hoarders.

With time they grew and expanded into a glossier operation closer to something like Pier One Imports. The Pectin seashell continued to be that all-important symbol of their transport and trading.

The Mystery Behind Red and Yellow?

Nobody can pinpoint exactly how or why it became reproduced in red and yellow — perhaps related to the colour of their shipping containers — but by 1915 Shell service stations started popping up across California, and the logo of the shell rendered in with that red and yellow contrast called to mind many of the state’s Spanish influences and maintained light and sunshine as a running theme.

As the now corporation naturally graduated from kerosene to other powerful and much-sought fuels, more and more shops came along and the shell logo was popping up everywhere.

1950s low-tech printing methods placed certain constraints on a smaller version of popular logos. If a logo image didn’t reduce well, many were blurred beyond recognition on letterheads or souvenirs. The older versions of the shell logo faced this frequently turning into — is that ink smudge supposed to be an asterisk — oddly shaped splotches. So, as the logo continued to be redrawn, the lines grew wider and broader to help with this until the debut of the straightforward version that’s still with us today — visible, memorable, recognisable, ubiquitous.

Now, however radically it’s been altered and revised to arrive at the sunny version we know and love today, Shell seems pretty resolute in this latest fixed-form version of itself that won’t continue to drastically transmogrify. People anywhere recognize it and whatever their feelings for the company, they won’t deny the charm of the symbol itself — a piece of unavoidable imagery that refuses to be bypassed or overlooked. A sun that won’t set.

Pan Am. An American Dream That Never Really Took Off 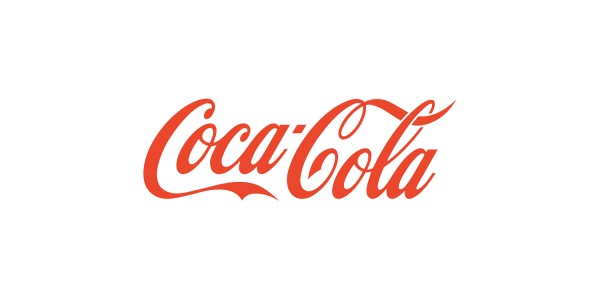 The Birth of the Legendary Coca-Cola Logo A True Love For The Letter C John Stith Pemberton lucked out big time by hiring Frank Mason Robinson as his bookkeeper. Not only was this employee Pemberton’s a number – minded man with deft accounting skills, he…