Like it or loathe it, TGI Friday’s – one of the world’s longest running restaurant chains – has been given an overdue new branding and identity.

It’s not exactly my choice of American-style dining, it’s all a bit clinical and lacking in character, but that’s just my opinion. I’m not knocking it; if anything, I’d like to sing its praises; to a point. It’s a much-loved, fun-packed, quirky, New York eatery that’s been adored for decades by millions all around the globe. It’s an American institution.

The name TGI Friday’s wasn’t for everyone though. We all know, or most of us thought we knew that the G in TGI stood for God. Big deal yeah? Sorry folks, that word was deemed a little too sacrilegious by some and so G would be for Goodness – (no doubt those toity bible-bashers had a few heated words about using the Lord’s name in vain. Bless them). This isn’t a biggie, but it paves the way for a world-famous brand that seemed to lose its way a little as time went on.

Anyway, TGI Friday’s was opened by Alan Stillman back in ’65. Stillman was a boss that liked a party as much as he liked good-looking females (apologies if I’m being somewhat un-PC here but Stillman had a penchant for attractive girls). He actually opened the bar in the hope of meeting women. And it was the first ever venue to introduce a ladies’ night. Back then, TGI Friday’s was cool, cultured and casual. The cocktail-swilling parties were full of beautiful people from around the area – fashion models, wealthy business tycoons, stewardesses… And Alan.

And it kept up with the times, for a time. Families flocked there; business people held meetings, while sports lovers watched whatever game was on; it even payed lip service to the ‘gay nineties’ with its Tiffany Style Lamps. But by this time Stillman wasn’t still part of TGI Friday’s – he’d long since left the business, in 1974. His reasoning was simple, as a successful entrepreneur he moved onto new ventures – but none would be as iconic as Friday’s.

“He would open 12 TGI Friday’s before selling the chain. His ‘singles bar’ went on to become a well-known family-friendly restaurant with 870 establishments around the world.”

And Alan couldn’t have jumped ship at a better time. In 1977, three years after Stillman quit his TGI business, clubland would change forever. Although worlds apart in what they offered – Studio 54 took New York’s limelight, big time. Opened in 1977 by Steve Rugel and Ian Schrager, Studio 54 was a nightclub like never before. Of course, there wasn’t any real competition as the two venues targeted polar-opposite clientele. But 54 gave the world something that Friday’s probably wished they had – glitz, glamour and grandiosity.

At this point in my post you may be thinking – hold on, wasn’t this about TGI Friday’s new identity. Well, yes it was. The problem is that I personally find the ‘rebrand and new logo’ quite flat and lifeless – especially considering this is one of the longest running restaurant chains on the planet and hasn’t had a rebrand in over 15 years. That’s a long time to just let your logo get on with it. I’d certainly agree that the new identity looks better and infinitely more modern – but that’s not hard. The ‘ornate’ and ‘quirky’ logos it replaced were just plain ugly.

With a new heavier sans-serif font, neater outline and loss of that horrible unnecessary apostrophe – TGI FRIDAYS has definitely given us that Friday feeling back. 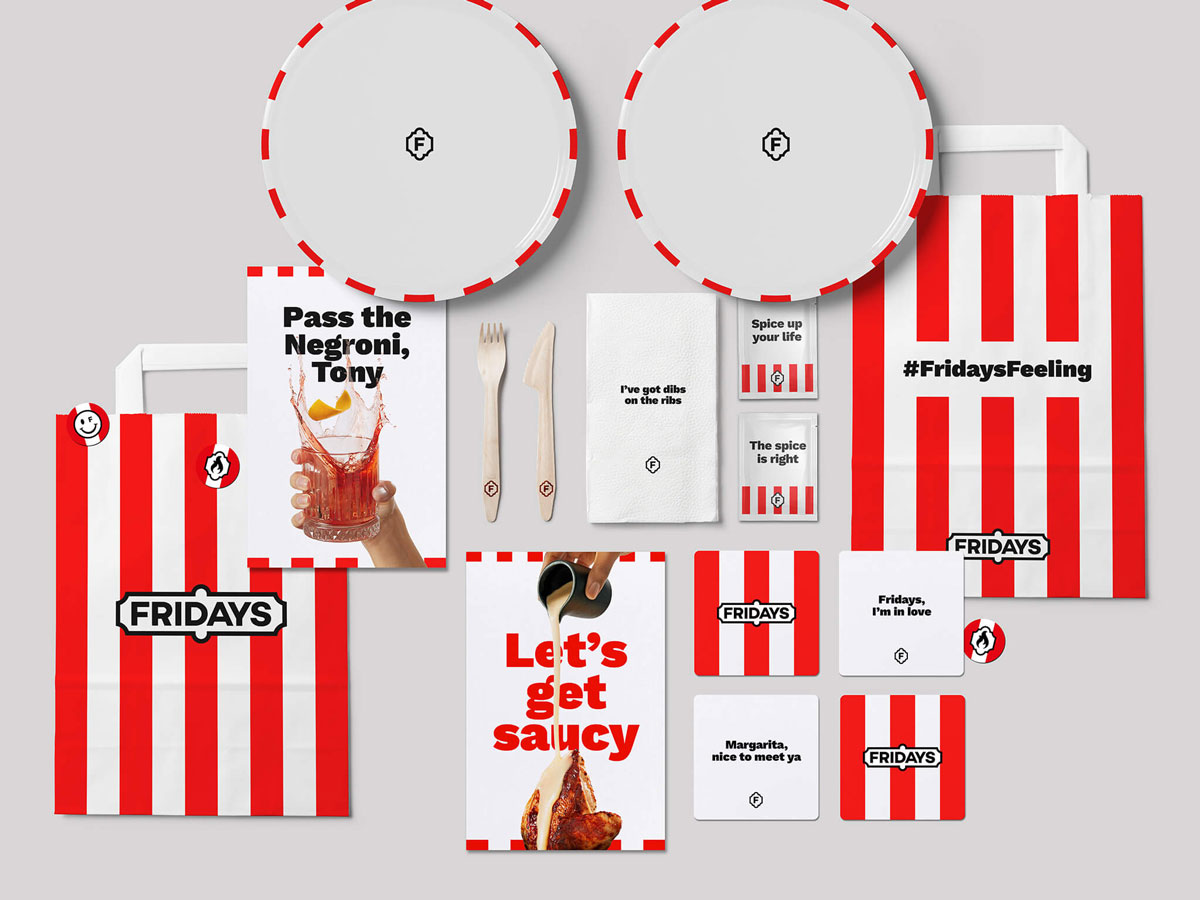