Vogue Italia Draws A New Start To The New Year It’s a fashion magazine and like any you would see at the supermarket checkout they all scream for your attention. You know, the photoshopped-to-perfection front cover, glossy pages with sexy, slinky models displaying the latest…

Vogue Italia Draws A New Start To The New Year

It’s a fashion magazine and like any you would see at the supermarket checkout they all scream for your attention. You know, the photoshopped-to-perfection front cover, glossy pages with sexy, slinky models displaying the latest clothing lines, make-up, and accessories.

Vogue Italia (the Italian edition of Vogue Magazine) ditched most of that for their January 2020 issue. Instead of the stunning photography you are accustomed to (with or without edits and airbrushing) you will find a fashion magazine where art meets sustainability.

A total of eight illustrators were commissioned to create all the visuals from the front cover to all the feature pages that appear between the filler – you know, advertisements and that sort of thing. Some of the artists who contributed include Yoshitaka Amano (Final Fantasy), Vanessa Beecroft (who has collaborated with Kanye West) and comic book artist Milo Manara.

Talk about putting the news of fashion and design into a different perspective.

Vogue Italia Editor Emanuele Farneti lamented in the editorial page back in September what an average issue of the magazine costs to produce. Not just financially but the size of the footprint left on the eco-system from such things as food waste from catering, plastic for wrapping garments and electricity for charging phones and…cameras.

These are not sketchy facts.

So to combat the waste and push at least a part of the fashion culture into the green space, Farneti pencilled in his plan. The idea was to create an issue that didn’t cost so much since photographers and models do tend to exist at the higher end of the pay scale. Once mapped out, Vogue Italia had to go one step further.

You know, earmark the money saved to a worthy cause. In other words, drawing attention to what good could come from a fashion magazine issue that didn’t have models showing off fashion.

The money saved will go to assisting with the restoration of Venice’s Fondazione Querini Stampalia. The site was recently damaged by flooding. So you can underline and bold the part that indicates there is some significant giving back to come from all of this.

Plus, to demonstrate a long-term commitment to becoming more sustainable, the magazine has pledged to use fully compostable plastic packaging from this day forward. It’s a bold step into the future from an industry that has the reputation of barely changing and doing so at the speed of your average glacier.

Sure, the pen is mightier than the digital photograph approach may be viewed as somewhat of a gimmick. But if it puts a spotlight on the need to reduce waste – even if it’s at the hands of supermodels – the message is important. Taking the broad brush method by using illustrators instead of photographers is one way to get that message across. If more of the magazines you see at the supermarket checkout started doing the same, you’ll know that the message was heard loud and clear.

Only time will tell if others follow the lead of Vogue Italia.

If you did then be sure to join my free email newsletter to receive instant notification of new posts, exclusive offers and other goodies. Or you can buy me a metaphorical coffee, to fuel my writing! 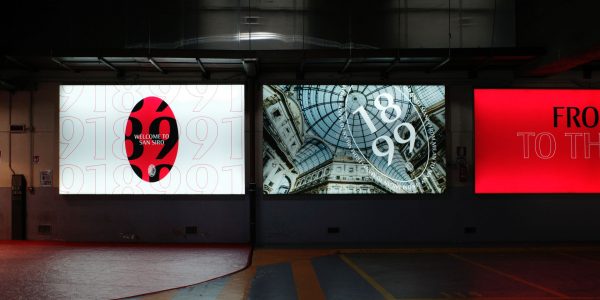 Called ‘Wrappers Delight’ you get exactly as you would expect. It is a 240 page book featuring hundreds of wrappers, packets and other marketing objected that have been carefully photographed and reproduced for your pleasure.

Although they probably didn’t think about it in the beginning, London design studio Planning Unit scored big with a little idea. Originally conceived by the company’s co-founder Jeff Knowles.