The original sketches were produced by Gerald Watterson, a British artist who also happened to be an environmentalist. His sketches paved the way for one of the founders, Sir Peter Scott, to draw the first WWF panda logo.

The World Wildlife Fund, based in Switzerland, was formed in 1961. That was also the year it started using a panda as a logo and the ‘WWF’ branding. In 1989 the group changed its name to the World Wide Fund for Nature but kept the existing branding in place. In 1979 a United States sports entertainment group known as Titan Sports attempted to trademark the ‘WWF’ brand for a product they were promoting as the World Wrestling Federation.

Both WWFs got along inside and outside of the ring but that arrangement broke down in the 1990s and led to a legal battle that ended in 2002. The animal welfare group pounded the wrestlers into submission. They had to change their branding from WWF to WWE (World Wrestling Entertainment).

But what’s this got to do with a panda?

Well, it says a lot about the strength of carefully executed branding. The panda WWF logo itself has a completely different story. Known to be primarily peaceful creatures with a very distinctive black and white coat, the panda became the symbol representing the WWF back from the very start. Although the actual panda logo recognised today was not the original. In fact, there were more than one used simultaneously.

Before I get to that, let’s look at the inspiration for the WWF logo.

It started in 1961. A giant panda named Chi Chi arrived at the London Zoo at about the approximate same time that the WWF was being formed. The founders of the group recognised they needed a symbol that was not only strong and recognisable but one that would also not be hampered by language barriers. They quickly agreed that the attractive and appealing look of the gentle giant panda with black-patched eyes would create not just a good logo, but a brand that would truly represent the conservation group and its goals.

The original sketches were produced by Gerald Watterson, a British artist who also happened to be an environmentalist. His sketches paved the way for one of the founders, Sir Peter Scott, to draw the first WWF logo (panda logo).

At the time, Scott said this of the inspiration for using a giant panda:

So, not just functional, but practical as well.

I can tell you from experience that black and white logos stand the test of time and in recent decades have created their own trend as designers turn to classic design ideas.

But there were two WWF panda logos. There was a ‘geometric’ one used in the United States and a different one used elsewhere in the world. In 1986 a refinement took place thanks to designer Jenny Leibundgut and the firm of Landor in San Francisco. The WWF logo (giant panda logo) we recognise today as representing the welfare of all animals of the world was the end result.

The WWF  logo is stunning, dynamic. and iconic. But what makes the giant panda WWF  logo so unbeatable is that it also took down a complete company of American wrestlers with a single blow. To me, that spells ‘champion’ no matter how you view it.

Wigan Warriors ‘new normal’. New, but not so normal.

Wigan Warriors ‘new normal’. New, but not so normal. Ancient and loyal. At least they can’t take that away from us. Sitting comfortably in first place, yet again, at the top of the Rugby Super League table are the mighty Wigan Warriors. That’s no real… 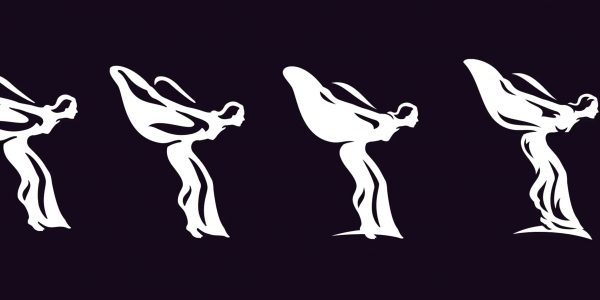