The word Voxis translates as, ‘Voice of Iceland’ – Vox is Latin for ‘voice’ and ‘is’ is Iceland’s country code. There are several Voxis products, all part of the brand KeyNatura ‘who offer high-quality consumer products that are safe and vegan friendly…’. Their endline is ‘Try it out, they taste great’. And now, armed with this knowledge, Voxis were going to taste greater than ever thanks to a more dynamic design and far punchier packaging.

Key elements of the new-look Voxis cough drops were to be kept, in line with the KeyNatura brand. Elements such as the KeyNatura logo and colour palette. But the main point to get across in the new design were the cough drops’ ingredients – which were minimal to say the least in the previous packaging. 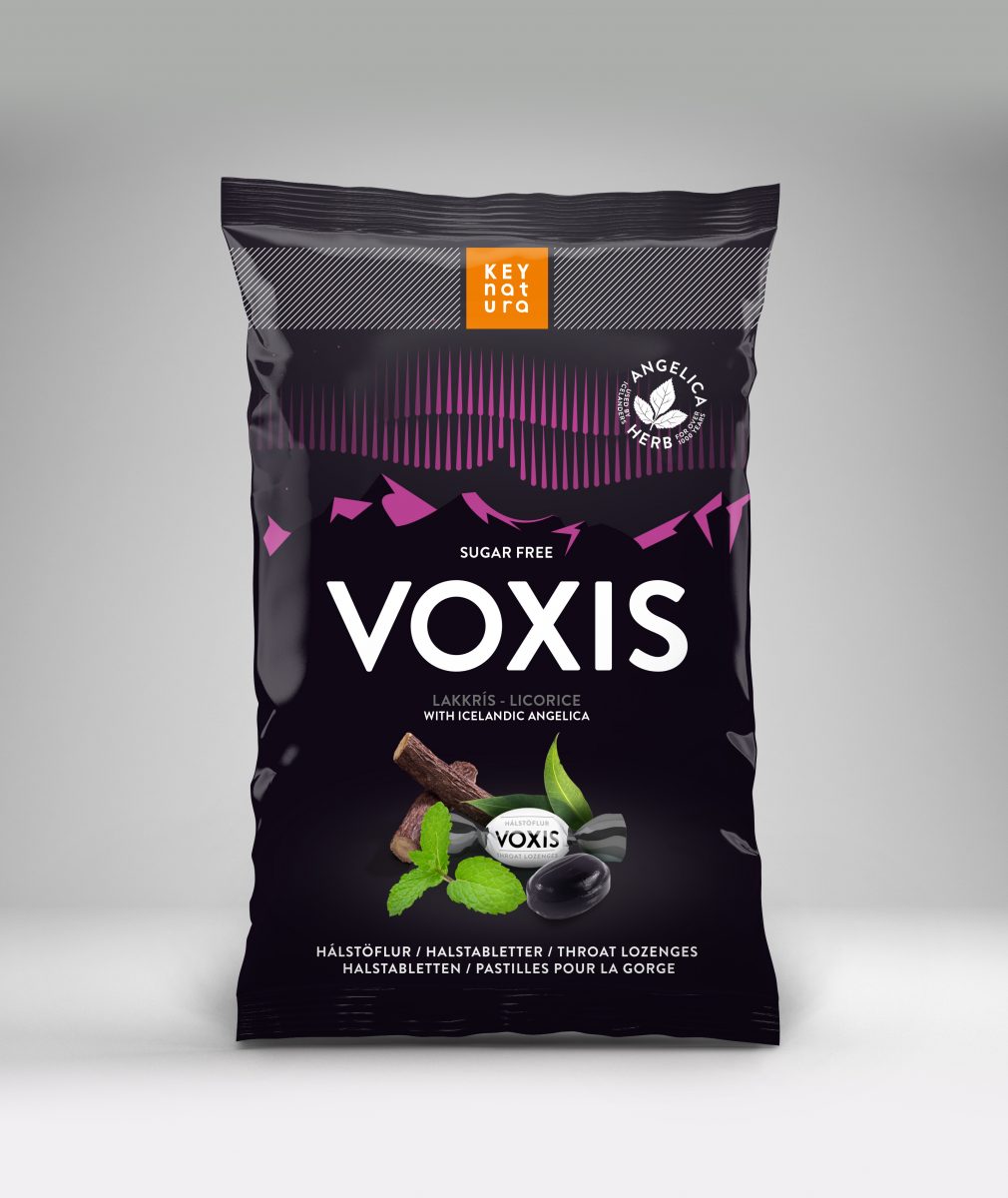 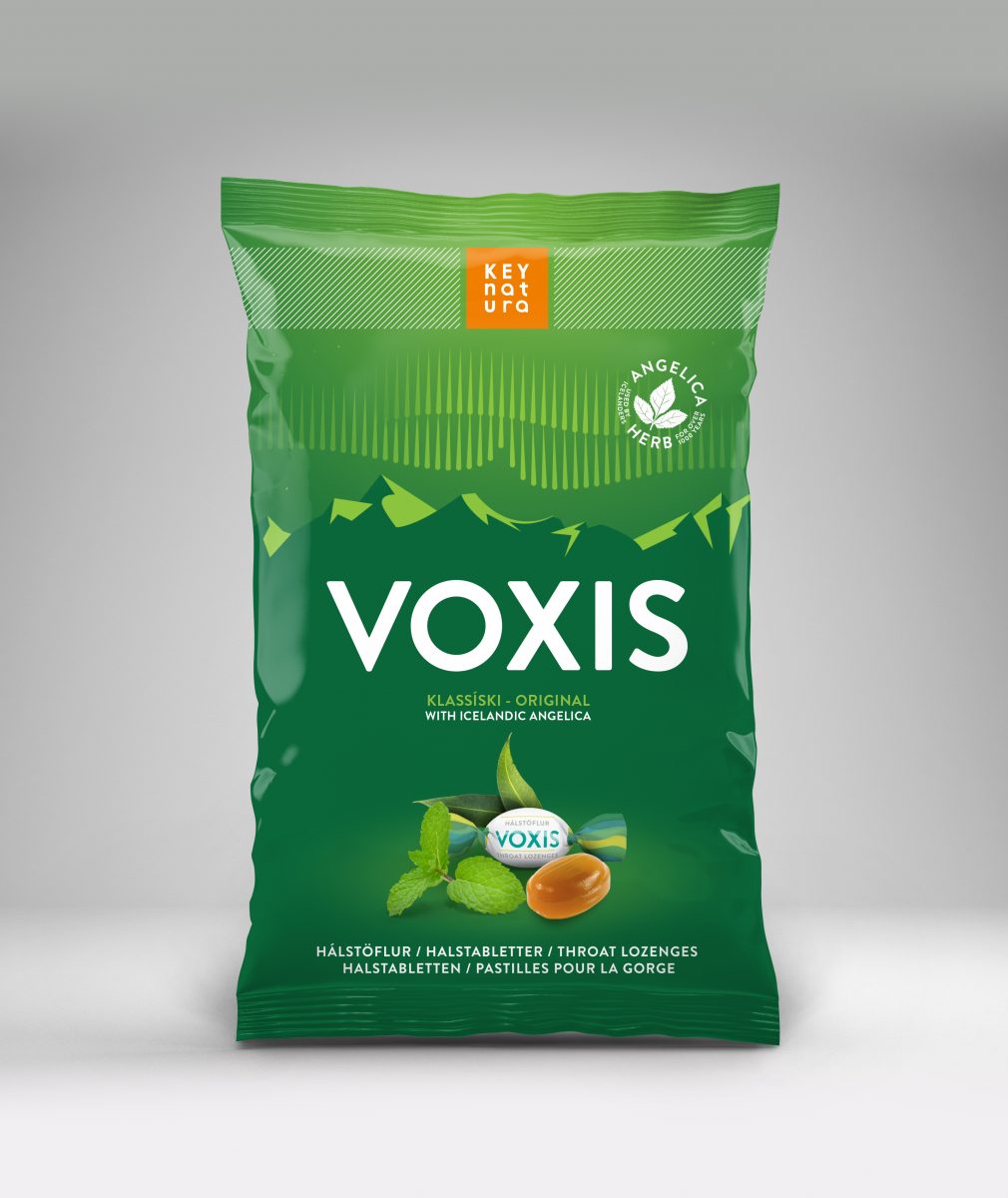 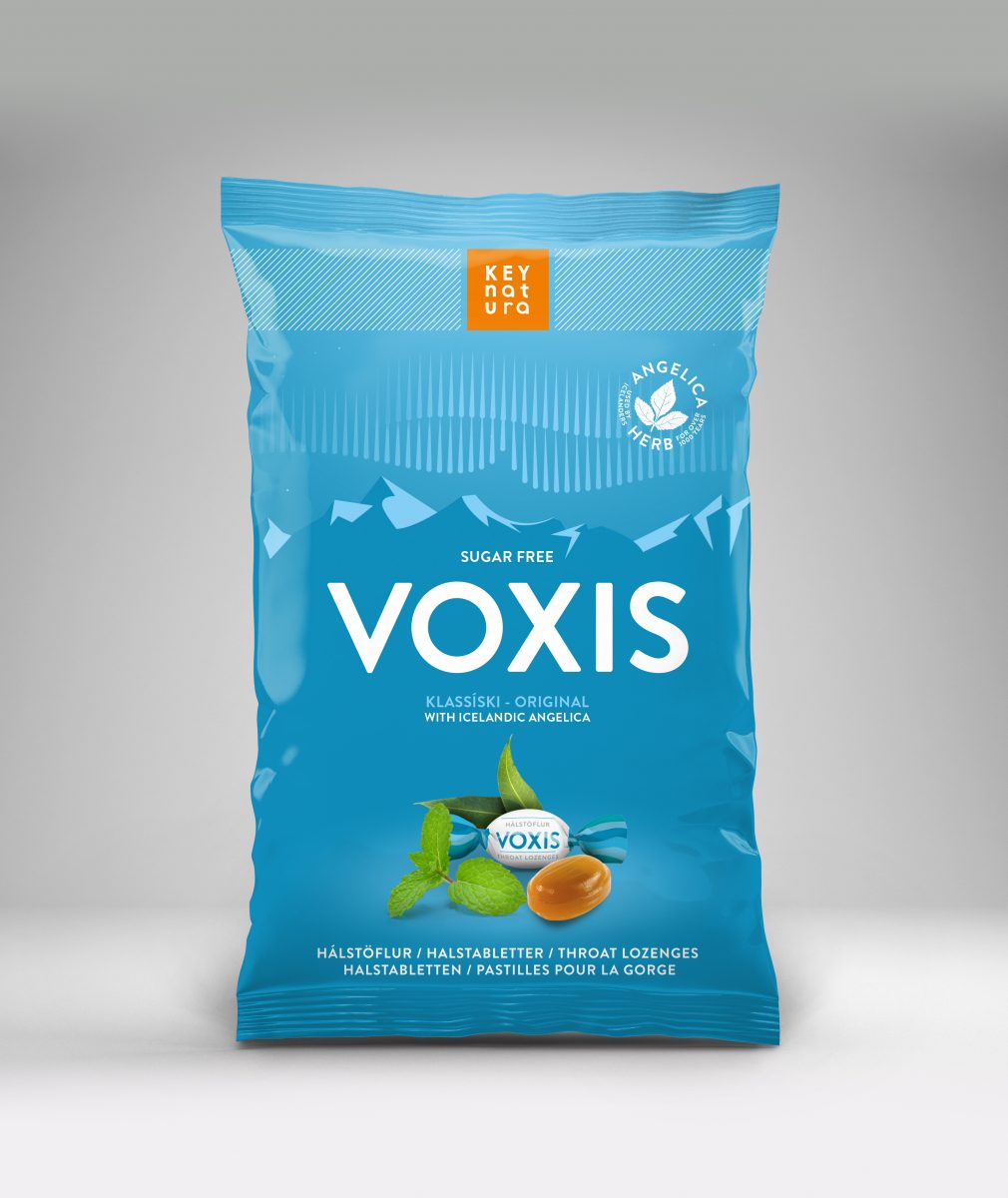 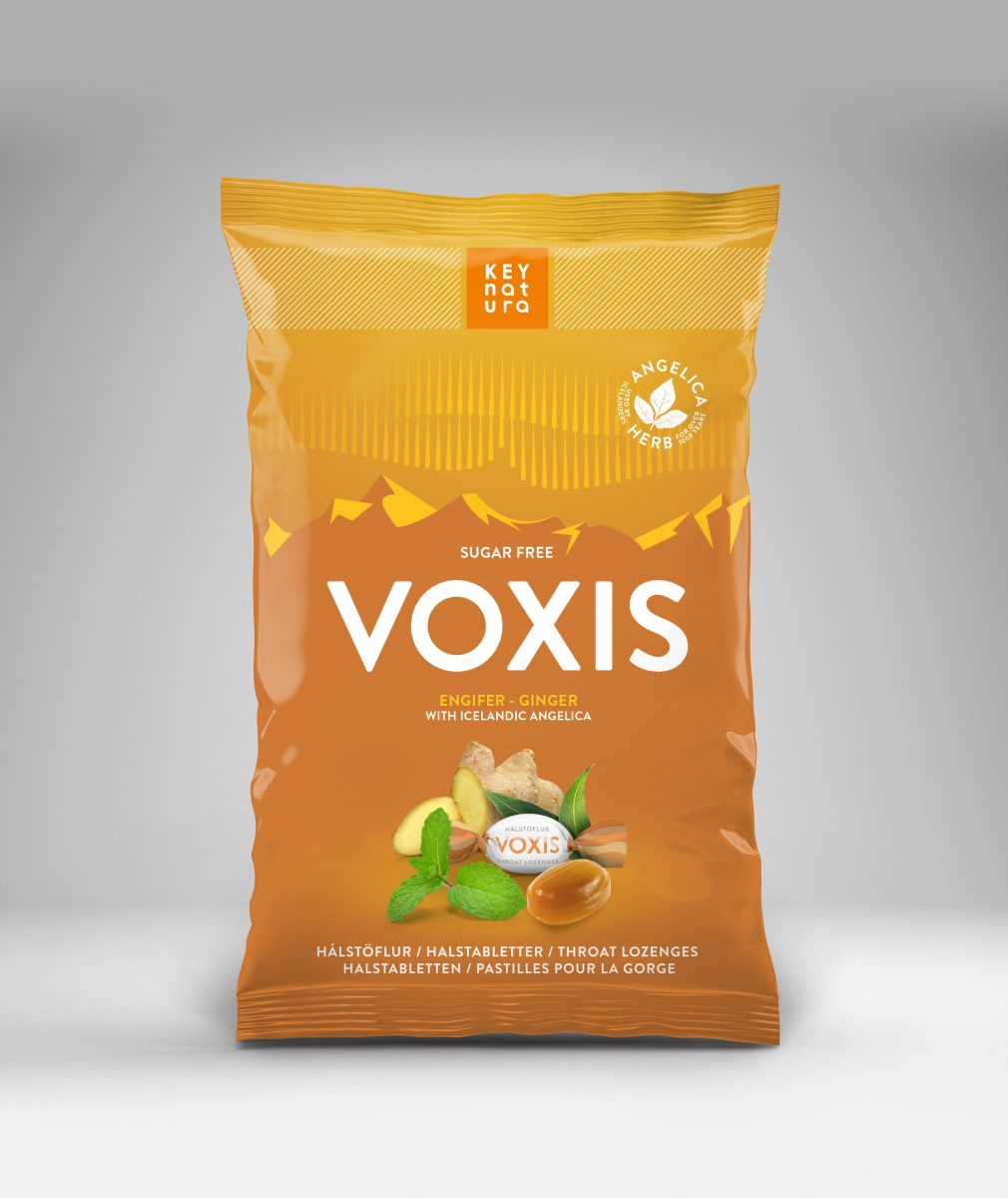 The layout of the Voxis design (in keeping with KeyNatura) was to keep it tasteful (no pun intended). The colour palette would remain. The most significant change, the upgrade that made the new packaging really pop however was the background imagery.

Carte-blanche was given, minus a few elements they had to lose. A new cough drop illustration was now displayed on the front of the packet. But the real change was the rejuvenating new background that would mimic the Iceland’s stunning landscape. It may be just one minimalist yet dramatic graphical image – based on a mountain range – that was created; but the colour of the image would change depending on the flavour you chose. Green represents the Northern Lights; blue has a cold glacial feel; and a striking yellow relates to geothermal sand dunes. These differences would add significant standout in stores and online.

Voxis lozenges are still ‘simply great’, especially for a sore throat. The packaging now packs an even greater punch. We know they’ll continue to be best sellers in Iceland and beyond. And we’re confident that ‘beyond’ will mean even more places on the planet. 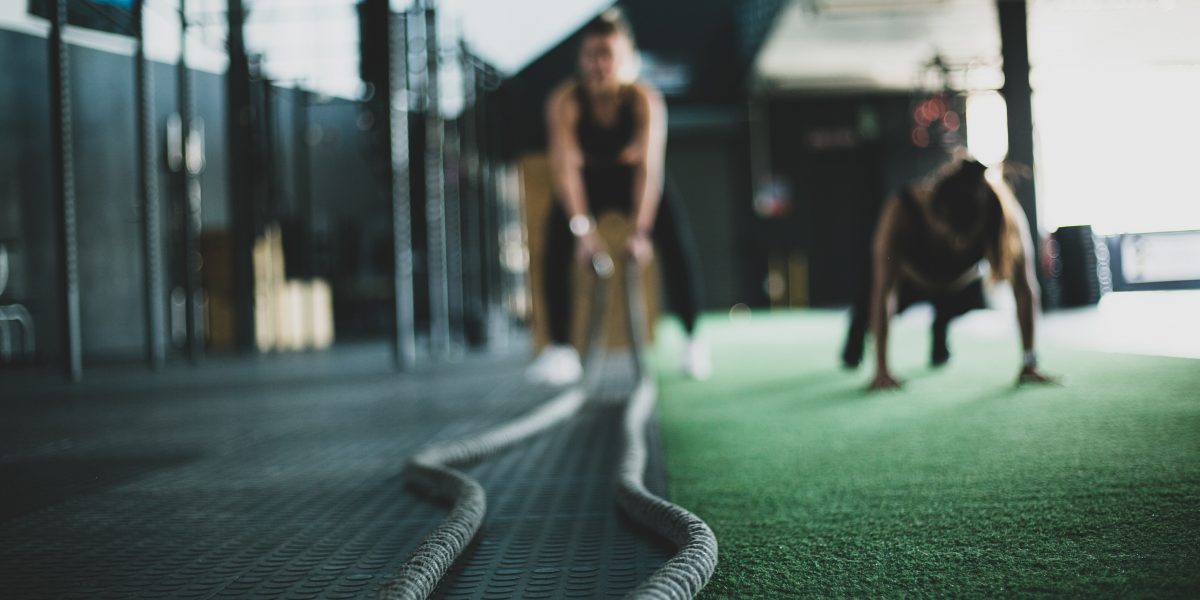 Arrange a call with Toni or if you'd prefer to email hello@tonimarino.co.uk.

Award-winning, independent digital and design studio. We thrive on success, motivated by results and look to work with brands who want a competitive edge.