50+ years on and the world’s favourite is still as favoured as ever.

The best Creative Director I’ve ever had the pleasure of working with didn’t really care for fonts. He was old school – you know the kind of guy that scamped every idea on a pad before executing it on a Mac (but then he started out when Apple Macs didn’t exist). His thinking – if it never worked as a scamp how in hell would Photoshop do it any justice. To this day, I completely agree with him (sorry all you mac-monkeys out there).

To him, the idea was king, and he couldn’t be bothered with laboriously looking through font suitcases (he’d get an artworker to refine those final details). Nope, he stuck with one font and one font only – Swiss. Admittedly it is a beautiful, no-nonsense sans serif typeface that never seems to date. Will it ever? Swiss is a version of Helvetica. Yup, trusty old Helvetica – invented by Max Miedinger in 1957, and still packing a punch. 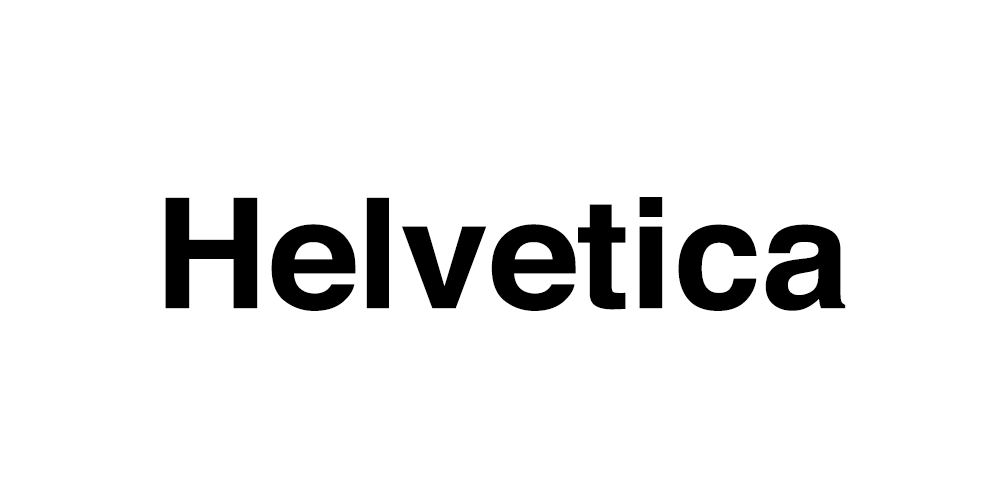 But this sleek, modernist typeface isn’t still going strong because of its creator. The person who’s really responsible for Helvetica as it is today is the late, legendary typographer, type designer, type consultant and type historian – Mike Parker. Responsible for over 1000 typefaces, Mike P is has been described as ‘the font god’ and his colleagues called him a ‘shepherd of typography’, who helped guide the type landscape towards digital printing.

With so many weights and styles you can’t really go wrong with Helvetica – it’s the go-to typeface for most Art Directors/Designers (or at least it should be). Helvetica has always been a ubiquitous font – like I said, it’ll never date. I could be wrong, when the world goes serif mad. But that’s never going to happen. The great thing about Helvetica is that it’s so versatile – again due to its numerous weights, widths and sizes.

So what big brands use this typeface – unquestionably the most renowned, famous and iconic font of them all. Before we look at the brands’ whose identity was built on Helvetica, let’s not forget that, due to its clarity and neutrality, it’s seen everywhere – your taxes form is set in Helvetica; government publications use Helvetica; it’s preinstalled into all computers; and it was (unsurprisingly) the font used in the original poster for Mad Men.

OK, now for the brands that use Helvetica. I don’t really know how to talk about this without it sounding mundane and list-like. So I’m going quote something I read while researching this post – it’s from the Guardian online, and yes, being from 2014, it’s dated – but it could still apply today. I’m guessing it’s also aimed at an American audience but I don’t think that matters – it still works for a British one.

I just love that endline, but wouldn’t buy the t-shirt – irony or not, Helvetica will always have a place in my heart.